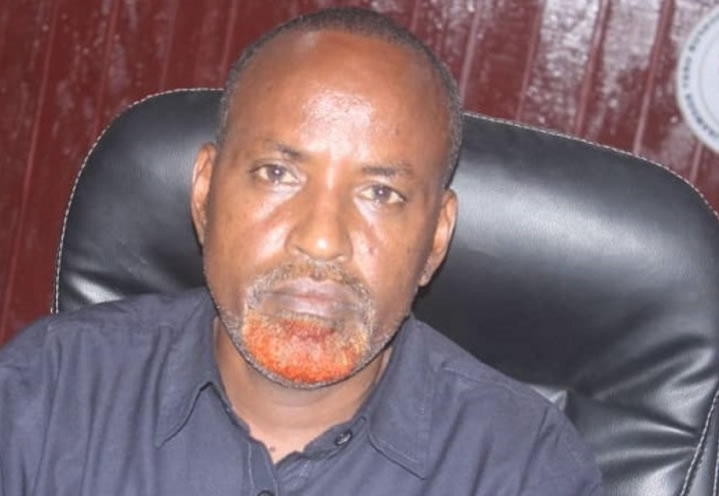 BAIDOA (HOL) – The chairman of Somalia’s Southwestern state election commission has resigned Monday amid allegations of “blatant and unabashed’ attempts by some candidates to manipulate the outcome of the forthcoming presidential elections in the region, officials say.

Arfo Ibrahim who had held the post of the regional state’s electoral commission for months and has been seen by many as a close ally of the region’s powerful president Sharif Hassan Aden said he has resigned from his position for personal reasons. He declined to give further details during a press conference in Baidoa, the state’s provincial capital.

In addition, all the other remaining officials of the election commission have also resigned from their posts on Monday evening, officials told Hiiraan Online.

Just hours before Mr. Ibrahim announced his resignation, the electoral body started registering candidates running in the forthcoming presidential election, with the former al-Shabab’s deputy leader Mukhtar Robow became the first candidate to receive his election certificate, albeit a recent statement by the central government which disqualified him from the election run, citing US sanctions still placed on him.

Robow who has defected from al-Shabab last year has nonetheless dismissed the pressure and has since continued his election campaigns unhindered, thanks to a significant support from his constituency which has reportedly emboldened him to continue his election bid anyway.

Meanwhile, the resignation of Mr. Ibrahim, the electoral body’s chief comes amid unconfirmed reports that the region’s president Sharif Hassan Aden is planning to withdraw from his election bid in the days to come.

Mr. Aden who wields a significant influence in the region’s day-to-day politics is facing tough challenges in his bid for re-election in the forthcoming election which is expected to be a highly contested one as opposition candidates are trying to join hands in an attempt to unseat the veteran politician.

Aden, a former Somali parliament speaker has been involved in the Southwestern politics since it was re-established as a Federal Member State of Somalia in 2009.

Critics accuse of him of ruling with iron fist and bribery, with many in the region are now demanding for a new era of change with the need for more accountable and transparent leader.

Among the candidates running in the election is Abdiaziz Laftagaren, who is reported to be the favorite candidate for the Somali government which has reportedly airlifted a bullet-proof vehicle for him in Baidoa. Mr. Laftagaren has resigned from his post as the energy and water minister on Monday afternoon.

The election is scheduled to take place on Nov. 13