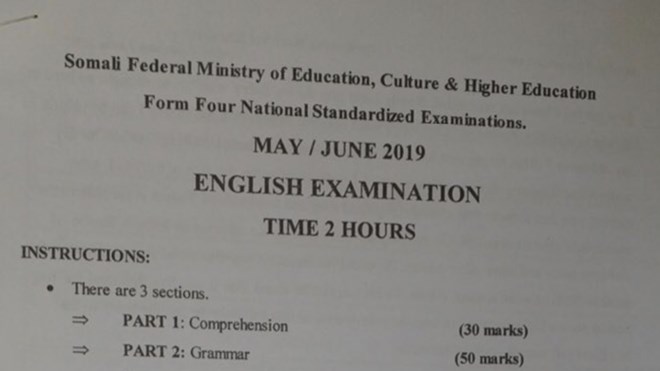 National secondary exams in Somalia have been cancelled by authorities after papers were leaked on social media platforms, the Minister of Education Abdullahi Godah Barre confirmed on national television.

The national exams which began on Saturday, will see over 31,000 students affected over the cancellation. The exams had been scheduled to take place from 11-21st May.

The minister said that social media will be shut from 27 to 31st May, when the exams will take place, to curb the illegal circulation of papers.

Reports by the Radio Dalsan news portal indicates that students had taken to the streets in the capital, Mogadishu in protest to the decision.

Blocking social media because of academic reasons is a measure that a number of African countries have employed in recent years. Ethiopia took a similar path for two consecutive years. Algeria is also known to have done same – in both cases to preserve the integrity of the exam

In disappearance of Ridwan Dahir, Somali community looks to bring a mother closure→