Browse: Home / New prostate cancer test will give men ‘peace of mind’ that they will never develop the disease, scientists say 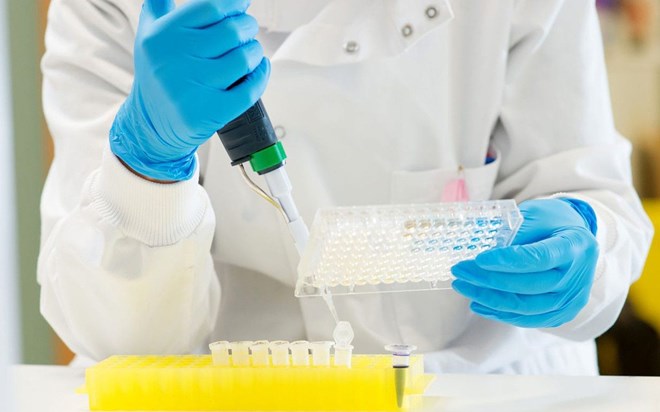 A new one-off prostate cancer test at the age of 55 promises to give men “peace of mind” that they will never develop the disease, scientists have revealed.

The 10-minute scan, which could be rolled out in supermarkets and shopping centres, detects dangerous cancers years before they cause any harm while ignoring growths that do not pose a threat.

The disease currently kills more than 11,600 men in the UK each year.

All women in England are invited for a mammogram to check for breast cancer every three years from the age of 50 to 70.

However, the current screening test for prostate cancer is so unreliable that applying it to symptomless men across the board would do more harm than good.

The prostate-specific antigen (PSA) blood test is thought to miss around 15 per cent of cancers, while flagging up many which will never pose a risk.

By contrast, the new MRI test, which involves no injection or radiation and does not require a doctor, has been honed to diagnose only cancers which will affect “quantity or quality of life”, according to Professor Mark Emberton, from University College London (UCL), who is co-leading the project.

He believes that around 90 per cent of men who take the test before they reach retirement age can be told with confidence they need never worry about the disease.

“Prostate cancer is pretty slow-growing, so if you’re prostate comes back looking very clean at 55, 60 – I don’t know what age we’ll chose yet – you’re probably very unlikely to get prostate cancer,” he said.

“What’s beautiful about MRI is it overlooks the many, many cancers which don’t need to be diagnosed.

Professor Emberton described the test as “pretty close” to perfect, although conceded that policy makers may opt for screening once a decade out of an abundance of caution.

Results of the scans will be classified on a traffic light basis: green indicating all clear, yellow suggesting a need for further tests, and red meaning an urgent referral to a cancer specialist.

Professor Emberton said the scans should cost less than £150 each.

It is intended that, in time, artificial intelligence machines will “learn” to analyse the scans, enabling same-day results for patients.

Survival for men who develop prostate cancer has barely changed in recent decades, although the side-effects of surgery and other treatment, such as impotence and incontinence, are becoming less devastating as techniques improve.

Around 84 per cent of all prostate cancer patients survive for more than 10 years following diagnosis.

Karen Stalbow from Prostate Cancer UK said: “This trial could provide an exciting step towards our ambition for a national screening programme that enables men to get the early prostate cancer diagnosis that can save more lives.”

The Institute of Cancer Research (ICR), the UK’s leading research body, said currently it does not support the introduction of universal screening.

However, a spokesman said the ICR may change its position depending on the results of the upcoming trial, which is part of a £6 million REIMAGINE programme funded by the Medical Research Council.

The technical efficacy of the MRI scanning technique has already been “proved” in two previous studies by UCL.

The new trial will seek to establish what proportion of apparently healthy men invited for a scan will take up the opportunity, and the age at which universal screening should be offered.

The National Institute for Health and Care Excellence, which decides what treatments the NHS must offer, has recently approved a more complex, 30-minute MRI scan for patients about to undergo a biopsy for suspected prostate cancer.

A spokesman for NHS England said: ‘NHS England is already rolling out some of the latest developments in MRI scanning for prostate cancer diagnosis and care as part of the NHS Long Term Plan’s ambitions to catch more cancers earlier and save lives.

“This new test is potentially an exciting development that the NHS will look at as more evidence becomes available.

In disappearance of Ridwan Dahir, Somali community looks to bring a mother closure→