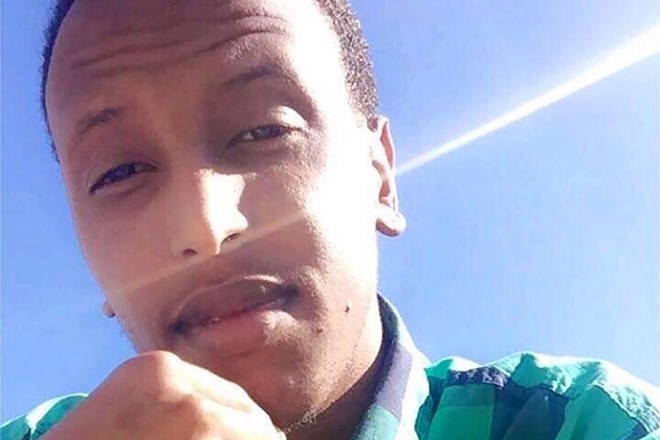 Almost two months have gone by since the disappearance of 25-year-old Minneapolis resident  Ridwan Dahir. With the help of the local Somali community, his mother is still seeking answers on her son’s whereabouts.

Born in Ethiopia, Ridwan arrived in the United States with his family five years ago. His father died when he was younger and he struggled with mental illness, his family said. He lived with his mother, Asha Muhumud Aden, until his disappearance.

In an interview with Somali TV Minnesota, Asha put out a plea for help in the search for her son. She finds herself sleeplessly waiting for her son to return home.

“Any man who walks by our home I think it’s him,” she said. “What I want to ask of everyone, Muslim or non-Muslim, black or white, is to help bring me my son.”

Asha has been in contact with the police since Ridwan disappeared on the night of April 2. Officers found Ridwan’s vehicle near MN-252 and I-694 on the edge of Brooklyn Center. “They’re saying he threw himself in the water. They think he stopped on a bridge and jumped into the river,” Asha said. The investigators assured her that they would search the nearby Mississippi River with boats in the case he had fallen in.

As an elderly Somali mother, Asha faces obstacles such as the language barrier and a lack of resources in pressing for more information from investigators. But she has gotten help from a few members of the Somali community.

For weeks Ridwan’s face has been plastered all over social media. An online flier depicting his name and date of birth lists a phone number for people to call. The hashtag #FindRidwan began to make rounds on Snapchat and Twitter. Lul Osman, who knows too well how difficult it can be to have family members struggling with mental illness, had come across the story of Ridwan’s disappearance over social media. Although she did not have any information on Ridwan or ties to his family, she felt compelled to reach out.

“I don’t know his family personally. I just saw his mother crying on the TV,” Lul said. She began to contact people close to Ridwan’s family and soon got a hold of his brother’s number.  At this point Ridwan already had been missing for weeks. Lul was surprised to be hearing about this news so late.

Lul’s friend Ismahan Abdi also showed  interest in helping the family. The two visited Asha on a recent Saturday to show their support. After meeting with Ridwan’s mother, Ismahan put out a post on Facebook informing her friends of the investigation.

“Lul Osman and I met with Ridwan Dahir’s mother. She told us that Ridwan is an adult with mental illness,” the post read. “We will try our best to use our resources and look for answers but don’t have much experience in this area so if you know how you can help, please let us know.” Ismahan added that May is Mental Health Awareness Month, and asked that people pray for the family.

Ridwan battled mental illness for years, according to his mother and had suffered from an inability to sleep over the past year. Months before his disappearance he would complain of headaches. “Sometimes he would say ‘My head hurts, take me to the emergency,’ ” Asha said. He was hospitalized once for 12 days.

When speaking with Asha, Lul had learned that she received a visit from Minnesota State Rep. Hodan Hassan. Before Hodan reached out to Ridwan’s mother, there seemed to be no traction on the investigation. According to Lul, once Hodan had come into the picture, they put a detective on the case.

The Minneapolis Police Department describes the investigation as “open and active.” Detective Stacy Braun has been assigned to investigate the disappearance.

Braun said the department is on the river each day searching for traces of Ridwan, and has viewed surveillance footage of the night he disappeared.

Braun said there was some initial difficulty establishing communication with the family. “I’ve been communicating with the cousin and a couple of family friends. I wouldn’t say I had any issues or barriers,” Braun said.

The Monday after meeting Asha, Lul went to Minneapolis City Hall to put in a records request. Ridwan’s mother had mentioned that she wanted to close her son’s bank account and see what his last charges were. Without a subpoena or a formal request, Ridwan’s family would have no access to this information.

Lul also called the towing company that picked Ridwan’s car up  that night. She was told that the vehicle was parked with the keys in the ignition.  “That’s the only accurate information we have today,” Lul stated.

Two weeks after Ridwan’s disappearance, officers had contacted Asha with news of a body having been pulled out of the river. After some anticipation and hopeful prayers, the body was identified as another missing Somali man.

Although Lul may have no connection to Ridwan or his mother Asha, she felt a responsibility to show Asha that there was a community here for her to depend on. Lul’s own family has suffered through loss. “She looks like she’s around my mom’s age,” Lul said of Asha.

“I have two brothers who suffer from mental illness and I’ve lost a brother to mental illness,” she said. Her own connection to aspects of this case has made it somewhat personal in her view.

“The least we could do is get the word out. Even if nothing good comes out of it, at least the mother knows she’s not alone,” Lul said.