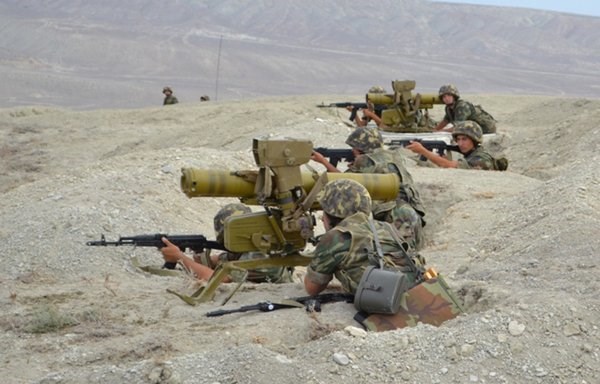 Azerbaijan and Armenian have accused each other of violating a new ceasefire in the countries’ conflict over the mountainous enclave of Nagorno-Karabakh.

The truce, brokered by the United States and other western powers, had only just come into effect at 8am local time (4am GMT) on Monday when the defence ministry in Baku said Armenian troops had shelled villages in the Terter and Lachin regions.

The defence ministry of Nagorno-Karabakh, which is controlled by Armenia, said it was “misinformation” and said that Azeri forces had launched a missile attack on its military positions on the north-eastern side on the line of contact.Armenia’s president, Nikol Pashinyan, said on Facebook that his country “continues to strictly adhere to the ceasefire regime”.An aide to the Azerbaijani president, Hikmet Hajiyev, said it was Armenia that violated the current and two previous truce agreements.“Armenia’s goal is to preserve the status quo based on occupation,” he said in a statement. “The Azerbaijani side is exercising restraint.”The ceasefire was announced on Sunday in a joint statement from the US State Department and the governments of Armenia and Azerbaijan.It comes after US secretary of state, Mike Pompeo, met the foreign ministers of Armenia and Azerbaijan in Washington on Friday, and a meeting of the co-chairs of the OSCE Minsk Group, formed to mediate the conflict and led by France, Russia and the US.

A statement from the Minsk Group said: “During their intensive discussions, the co-chairs and foreign ministers discussed implementing an immediate humanitarian ceasefire, possible parameters for monitoring the ceasefire, and initiating discussion of core substantive elements of a comprehensive solution.”

On Sunday, new fighting erupted between Azerbaijan and ethnic Armenian forces as both sides blamed each other for blocking a peaceful settlement to the conflict.

Armenia accused Azerbaijani forces of shelling civilian settlements. Baku denied killing civilians and said it was ready to implement a ceasefire, provided that Armenian forces withdrew from the battlefield.

Minsk Group said its co-chairs and foreign ministers agreed to meet again in Geneva on Thursday “to discuss, reach agreement on, and begin implementation, in accordance with a timeline to be agreed upon, of all steps necessary to achieve a peaceful settlement of the Nagorno-Karabakh conflict”